I happened to notice the GCE outage on June 2 for an odd reason. I have a number of motion activated cameras that continually stream to a small Raspberry Pi cluster (where tensor flow does some nifty stuff). This cluster pushes some more serious processing onto GCE. Just as a fail-safe, I have the system also generate an email when they notice an anomaly, some unexplained movement, and so on.

And on June 2nd, this all went dark for a while, and I wasn’t quite sure why. Digging around later, I realize that the issue was that I relied on GCE for the cloud infrastructure, and gmail for the email. So when GCE had an outage, the whole thing came apart – there’s no resiliency if you have a single-point-of-failure (SPOF) and GCE was my SPOF. 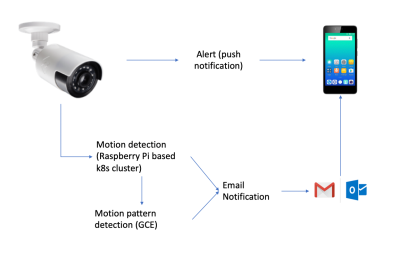 I now realize that the reason was that the email notification, and the pattern detection relied on GCE and that SPOF caused delays in processing, and email notification. OK, so I fixed my error and now use Office365 for email generation so at least I’ll get a warning email.

But, I’m puzzled by Google’s blog post about this outage. The summary of that post is that a configuration change that was intended for a small number of servers ended up going to other servers, shit happened, shit cleanup took longer because troubleshooting network was the same as the affected network.

So, just as I had a SPOF, Google appears to have had an SPOF. But, why is it that we still have these issues where a configuration change intended for a small number of servers ends up going to a large number of servers?

Wasn’t this the same kind of thing that caused the 2017 Amazon S3 outage?

At 9:37AM PST, an authorized S3 team member using an established playbook executed a command which was intended to remove a small number of servers for one of the S3 subsystems that is used by the S3 billing process. Unfortunately, one of the inputs to the command was entered incorrectly and a larger set of servers was removed than intended.

Shouldn’t there be a better way to detect the intended scope of a change, and a verification that this is intended? Seems like an opportunity for a different kind of check-and-balance?